In 1898, Henry Timken obtained a patent for the tapered roller bearing, and in 1899 incorporated as The Timken Roller Bearing Axle Company in St. Louis. In 1901, the company moved to Canton, Ohio, as the automobile industry began to overtake the carriage industry. Timken and his two sons chose this location because of its proximity to the American car manufacturing centers of Detroit and Cleveland and the American steel-making centers of Pittsburgh and Cleveland. In 1917, the company began its steel- and tube-making operations in Canton to vertically integrate and maintain better control over the steel used in its bearings. World War I had created an increase in demand for steel, affecting its supply and price in the market. Some UK steam locomotives also used roller bearings. The LMS Turbomotive was fitted with Timken roller bearings, and they also were retrofitted to some of the LMS Coronation class. A split in the company happened on June 30, 2014 at the urging of shareholders. The roller bearing producing part of the company split from the steel producing part of the company, resulting in two separate companies.The Timken Company continues to manufacture roller bearings, while TimkenSteel produces steel. 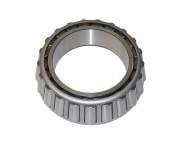 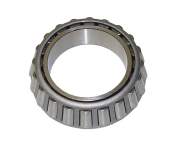