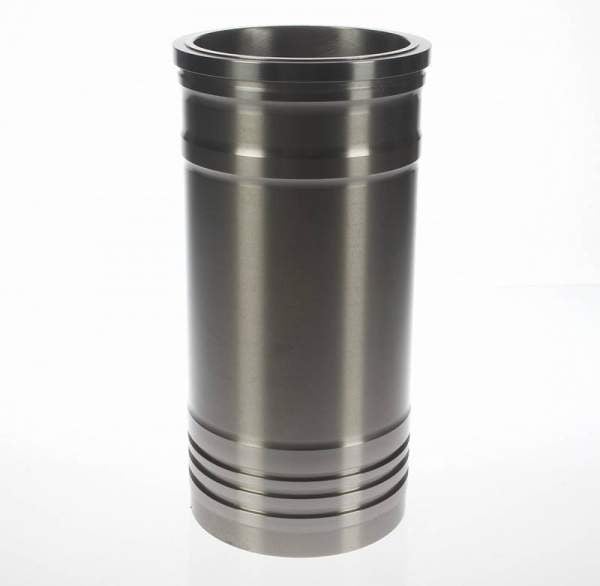 Have you been noticing issues with your diesel engine recently? There are obviously a lot of reasons why this might be happening, including broken or cracked cylinder liner flanges. If you're interested in more information about what causes cylinder liners to fail, check out our blog dedicated to cylinder liner failures.

In this post, we're taking a look at how and why cylinder liner flanges can fail, as well as what problems this can cause in your diesel engine. Read on to find out if this might be what's causing your engine trouble!

Looking for replacement parts for your diesel engine? Our ASE Certified Technicians are ready to help you get exactly what you need!

Diesel engine cylinder liners are made from grey cast iron. This material has many positive properties. However, flexing is not tolerated by this brittle material. When the force lines are only slightly angled through the cylinder liner flange, flexing results in the upper part of the liner that can lead to fracture of the flange.

Dirt particles: to avoid contamination between the flange and seat in the block (i. e. dirt, chips, gasket residue, sealing material, etc.) cleanliness during fitting is important. Also, sealing paste should only be used when it is stipulated by the engine manufacturer.

Note: when pre-machined cylinder liners are pressed in, it is a good idea to stop a few millimeters before the block and use compressed air to remove material that may have been scraped off from the gap between flange and flange seat.

Sometimes you might notice uneven surfaces or warpage at the flange seat of your cylinder block. The underlying reasons for this are increasingly lighter engine designs. The thinner the wall thickness of the block, the worse that warpage at the component will be.

At the same time, power output, combustion pressures and torques are rising all the time in modern engines. In engines that have been running for 350,000 miles (or the equivalent in running time), warpage can already be excessive enough that the seat in the block should be re-machined.

The counter bore re-machining should be carried out on a boring mill or with a hand operated, mobile flange facing unit. Important: the surface must not be slanted, and after machining, the sharp edge of the seat surface should be chamfered (about 1x45). If there is no chamfer, fracture damage can result.

Note: The specified liner protrusion has to be ensured before fitting. To adjust the protrusion, a suitable metal shim can be placed under the flange. When the cylinder block is resurfaced, the flange seats have to be redressed by the same amount.

Thinking about resurfacing your cylinder head? Read our blog to find out if it's a good idea to resurface the cylinder head in your diesel engine!

The wrong gasket can introduce angled force action into the flange, either because the diameter of the combustion chamber border is too small or the gasket has the wrong thickness.

Note: Only use the type of gasket that was originally intended for the engine.

When we're talking about cylinder head machining: if the groove is not allowed for, the forces are transferred via the fire prevention edge and the liner fractures.
Not sure what the cylinder head does? Check out our post on the purpose of cylinder heads in diesel engines.

Proper Measurements Must be Taken

Make sure that proper measurements are taken. Otherwise, it will get expensive: a broken liner will move gradually in the direction of the crank shaft after the engine is started. When the location of the liner break is level with the first piston ring in TDC, the piston ring springs open above the break location. At the next downward movement of the piston it pulls the cylinder liner downwards. The rotating crankshaft can shatter the liner, piston and connecting rod.

Please view this video that does a great job of illustrating the problems that can cause liner flange cracks and breaks. It's geared towards Caterpillar C15 and 3406E engines, but is applicable to all engines that have removable liners.


Do you find yourself in need of replacement cylinder liners or any other diesel engine part? Call our ASE Certified Technicians at 844-304-7688, or request a quote online!