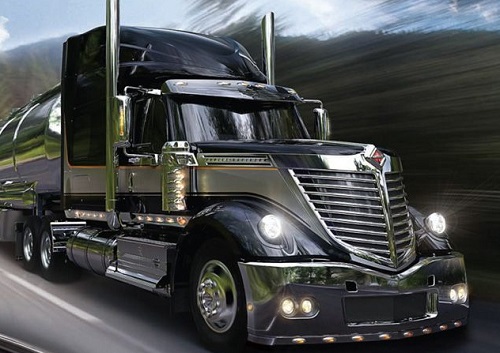 Meritor Wabco has introduced a radar-based collision mitigation system that will react to stationary and slower moving objects in a truck’s path and plans to release it early next year.

Known as OnGuard Active, the new system effectively adds protection against rear-end collisions which will protect lives and save money. The radar will be able to detect objects through smoke, fog, heavy snow and other obstructions. The system warns drivers of objects in the same lane ahead, and if the driver fails to react the system will slow or stop the truck.

Heavy trucks hitting stopped motor vehicles and other obstructions account for 20% of all rear-end accidents and 30% or truck-involved fatalities, said Mark Melletat, director of field operations. Hitting slower moving objects comprise higher percentages of incidents and fatalities, which is why that situation was handled first by Meritor Wabco engineers.

Limited visibility causes 20% of all such crashes and 12% of fatals, and the radar function virtually ignores such conditions, including darkness, he said. OnGuard’s radar also looks at what’s in adjacent lanes to consider whether the driver can avoid an impending wreck by swerving.

The company had a demonstration for the system on August 27th at Lone Star Park, a horse racing complex near Dallas, TX. The demonstration used machine-generated smoke, simulating smoke from a forest fire, that obscured an inflated “automobile” stopped in a lane. OnGuard aboard a Peterbilt tractor detected the car and automatically stopped the truck just short of it.

The tractor was moving at 18 to 19 mph, explained its driver, Bill Schlak, a service and sales technician. If it had been going much faster, it might’ve hit the rubber car, but “damage” and any human toll would’ve been far less than if the truck had not been slowed at all.

Damage reduction is why OnGuard and other products are called collision “mitigation” rather than “avoidance” systems. “They can’t promise to avoid all accidents, but they can reduce the severity of many of them, the companies say.