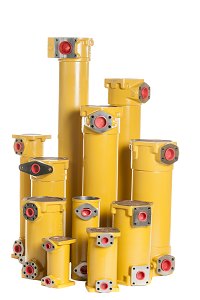 The oil cooler is not typically a component that goes bad, but should be replaced after any catastrophic engine failure. The best way to protect a new engine investment is to put in a new engine oil cooler to prevent any contamination. On startup, the new engine with higher oil pressure will dislodge trapped debris in the oil cooler and force it into the bearings of the new engine. This can cause premature wear or sometimes an immediate failure. If you're interested in other problems that could lead to failure or the need for a rebuild, read our blog, Signs Your Engine May Need a Rebuild.

The primary job of the oil cooler is to cool the engine lubricating oil, which travels through the main oil rifle, allowing this cooled oil to not only lubricate but cool down a number of other components such as the crankshaft, bearings, camshaft, rods, and pistons.This cooling can impact overall performance. It helps keep the engine running smoothly, during hot weather gear changes or on long-haul trips, for example, when things sometimes have a tendency to overheat and break down.

Oil coolers don't bypass. So if an engine has had bearing, camshaft, or oil pump failure, the oil cooler must be replaced because it can't be flushed. Failure to replace it can lead to repeat failure of a rebuilt engine, too. That's just throwing money away.

Rob McDowell, Sales Technical Support at HHP, shares: “Engine oil is cooled by the cooler allowing consistent oil temperature. In many cases, the bottom of the piston is cooled by a piston cooling nozzle spraying oil to the bottom side of the piston, which helps to regulate piston temperature, and doing so improves efficiency.”

High temperatures are the enemy of any oil system. Keeping it cool, though, is a proven way to extend the life of your engine and transmission. You should inspect and service your oil cooler regularly to avoid major failures.

Oil coolers are most common in heavy-duty commercial vehicles that have an industrial-grade engine. These engines usually produce more power than their standard counterparts. This can lead to the engine oil becoming too hot and not lubricating the way it should. The solution is an engine oil cooler.

Some vehicles that rely on oil as a coolant include:

There are a few styles of engine oil coolers:

Mounted remotely from the engine block or transmission case.

There are two kinds of designs and mounting strategies in this type of engine oil cooler:

Motor oil lubricates and cleans the metal surfaces that move and create heat and friction. As motor oil heats up, it loses its ability to lubricate, and the surfaces that require lubrication begin to wear. Engine oil coolers function to prevent or delay oil from getting to a critical break-down point.

The most favorable temperature for oil is usually between 180° and 200°F. Failures start to happen when oil can’t deplete its heat quickly, allowing it to rise past the optimum temperature range, which can start to degrade the oil. Oil loses its lubricating and cooling properties when it starts to break down, and this can lead to a number of serious transmission and engine problems.

McDowell says: “The most common failures of oil coolers are rusting through from the outside, internal cracking of the coolant tubes or plates. Often times, this causes engine oil to be forced into the cooling system, overfilling the radiator or contaminating the coolant.

Important Part of Your Engine's Operation

By replacing the oil cooler, you’ll help to improve your engine oiling and improve the oil quality running through your injectors. 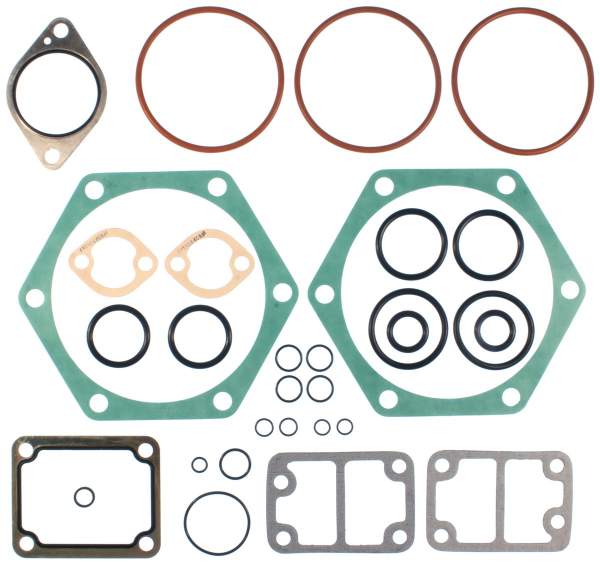 Ask us about our Oil Cooler Install Kits!

The only difference you'll see with our replacement oil coolers and components is the lower price.

HHP Oil Coolers are built to withstand even the toughest abuse.

If you're looking for a new oil cooler, give us a call at 844-304-7688. One of our certified techs can help you find the right fit for your engine. Or, you can always request a quote online