Did you just hear that the rod bearings in your diesel engine have failed? Are you wondering how exactly that could have happened?

We're taking a look at what might have gone wrong in your diesel engine to cause a rod bearing failure. Keep reading for an in-depth failure analysis.

Has a diesel engine failure left you in the lurch? Our ASE Certified Technicians are ready to help you get the replacement parts your need for your repair!

Want more information on your rods and rod bearings? Be sure to read our connecting rod failure analysis!

One of the main causes of rod bearing failure is the presence of foreign material on the bearing itself. 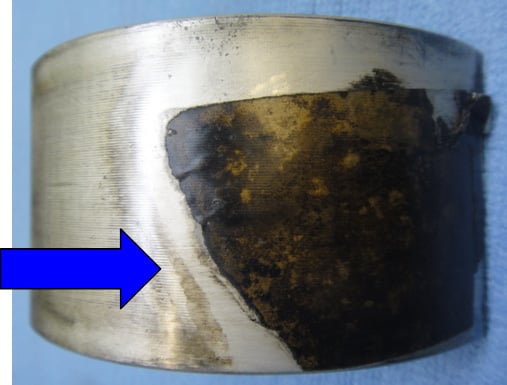 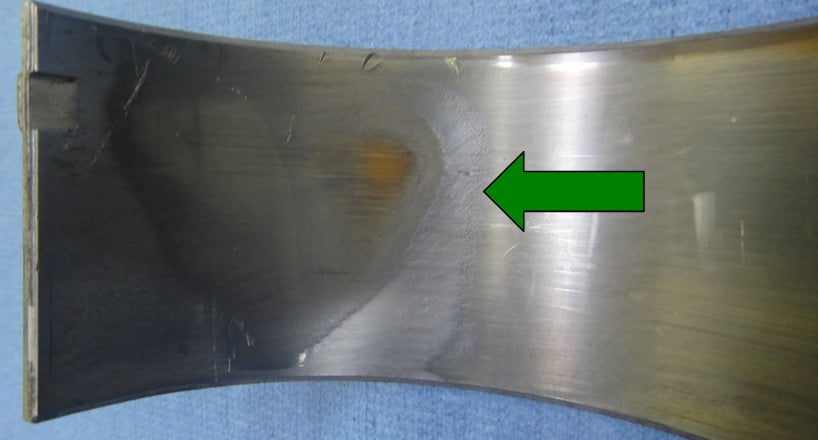 Additionally, your rod bearing failure can be caused by excessive wear in the support components. The pattern on the rod bearings indicate either a barrel shaped crankshaft or distorted and worn connecting rod bores. 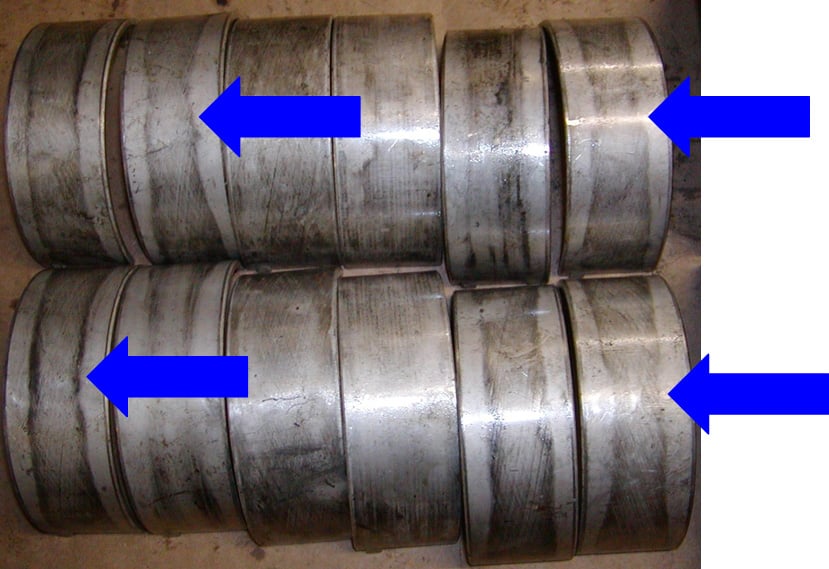 The final picture shows the uneven wear patterns on the rod bearings. Gouges in the bearings are caused from abrasive contamination not properly removed from the engine during overhaul.

Conclusion: The bearings have uneven wear spots most likely caused by either a worn crankshaft or out of round connecting rod bearing bores. One bearing had a piece of tape on it that was between the bearing and the rod bearing surface. The pattern of the tape was clearly visible on the reverse side of the bearing. 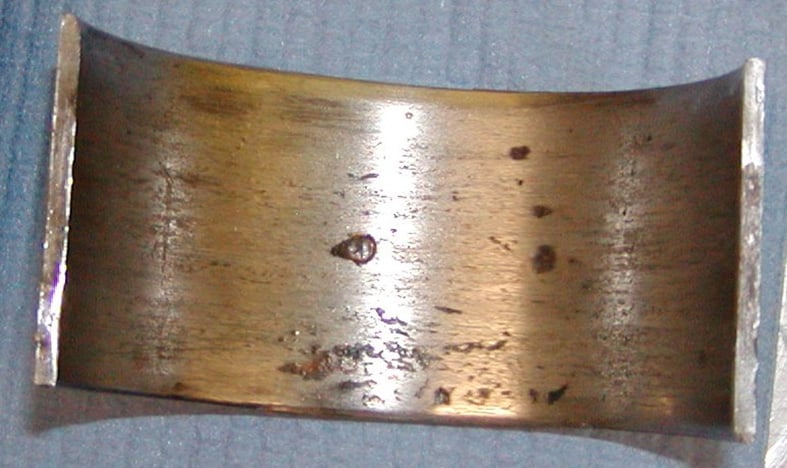 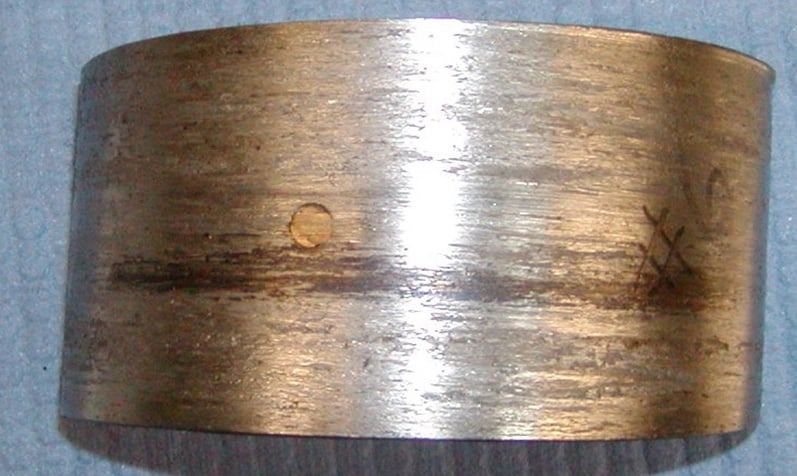 The next picture shows the lower part of the connecting rod that holds the rod bearing. Note that the rod is not drilled for an oil feed hole to the piston pin. 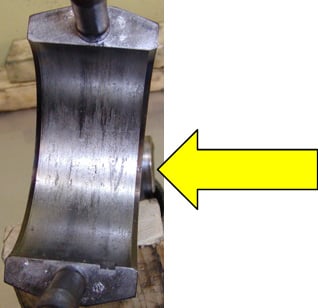 The next picture shows the failed piston and connecting rod. The piston skirt and liner were reduced to pieces.

The final picture shows the remains of the piston cooler. 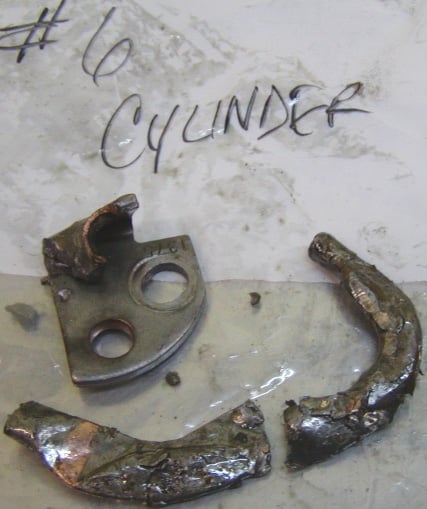 Conclusion: The above pictures show two areas of failure, the connecting rod bearing and the cylinder kit. Also shown is a damaged piston cooler. The piston cooler if bent can cause a piston to seize and cause the piston pin bearing to fail. The connecting rod was not updated during the overhaul to the recommended drilled rod. The rod bearing failure was caused by lack of proper lubrication.

Are you in need of diesel engine replacement parts?  Our ASE Certified Technicians can help you get the right parts for your repair job. Call them at 844-304-7688, or request a quote online!