The cause of failure would be the ring not being sufficiently compressed and was damaged during installation. 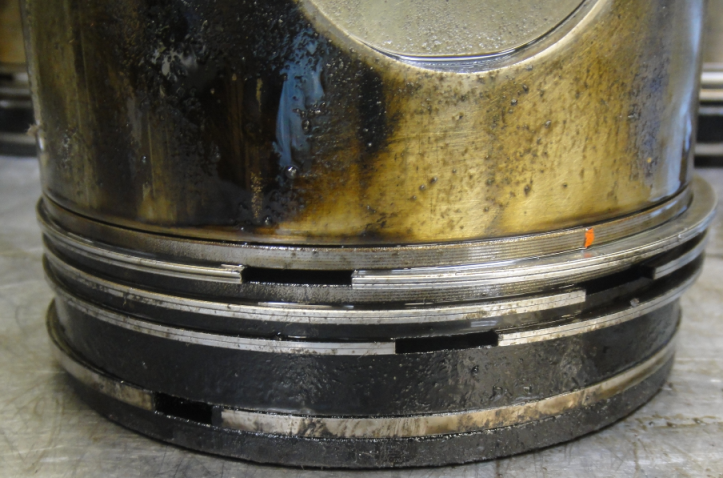 C. High oil consumption caused by broken oil control ring
The picture shows the oil control ring broken in several areas (yellow arrow). The most likely cause of failure would be the ring was damaged during installation.

Possible causes of this type of condition:
1) Leaks in the air intake system.
2) Abrasives in the engine oil.
3) Poor cleanliness during assembly.

No manufacturer defects were observed in the inspection process. 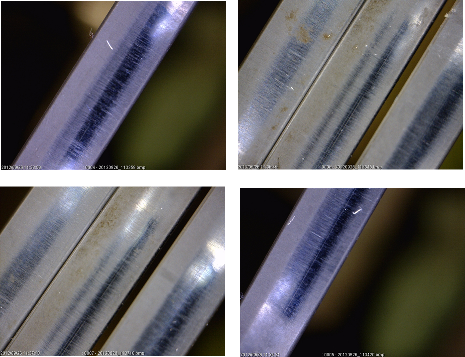