What is Thermal Push?

Thermal push is a type of gasket damage where the armored, cylinder bore edges of head gaskets become deformed from excessive heat. They can either look like they were pushed (Get it? Thermal push) on from the direction of the bore or like they have been pushed down on, or pinched.

It is important to note that in some cases, the excessive heat that causes thermal push may not show as overheating on your temperature gauge.

How Detonation Can Cause Thermal Push

Detonation is also sometimes called pre-ignition or a knock. It is a rapid and uncontrolled combustion. It usually means you are using fuel with too low of an octane rating or you ignition timing is too advanced. In addition to many other consequences of detonation, it can cause thermal push. 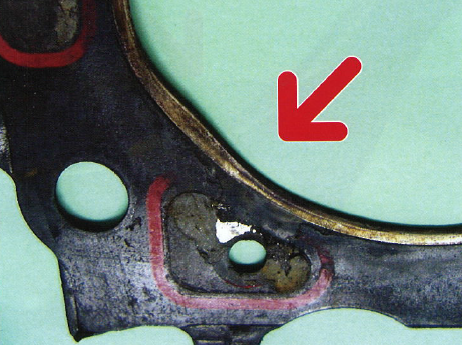 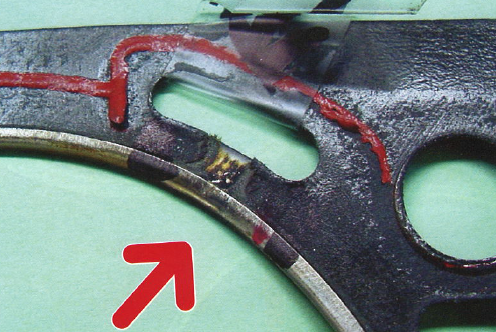 In the case of the pictures above, combustion gases have blown across the gasket body and burned off its facing material. This has allowed gases to enter the coolant port, which pressurized and overheated the coolant system. Notice how the armor nose looks pinched tightly together. 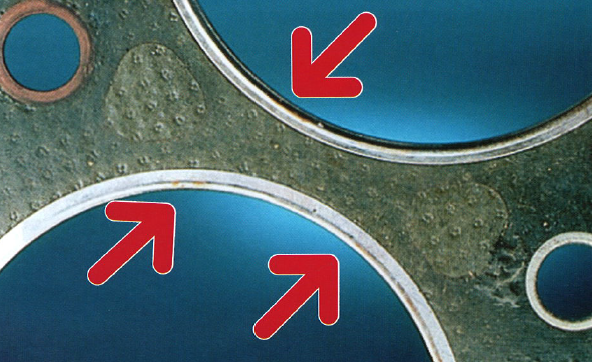 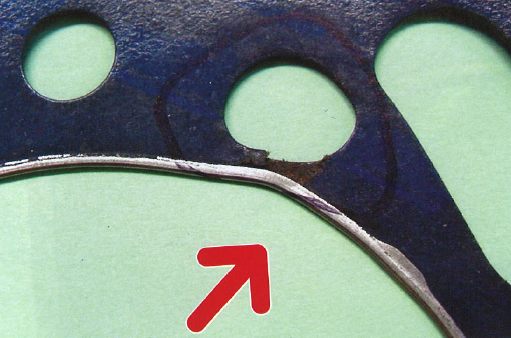 This image above shows thermal push a little differently. Youll notice that the edges of the armor dont look pinched, like in the other pictures. Instead, the edges got pushed outward, toward the weaker area of the gasket (weaker because of the other hole). The reason this damage does not show that pinching is because the gasket has a wire ring under the armor.

Want more technical tip or failure analysis articles? Keep checking for HHP Tech Tip blogs. And if you have a problem with thermal push, give HHP a call at 844-304-7688 or request an online quote for your replacement gaskets!