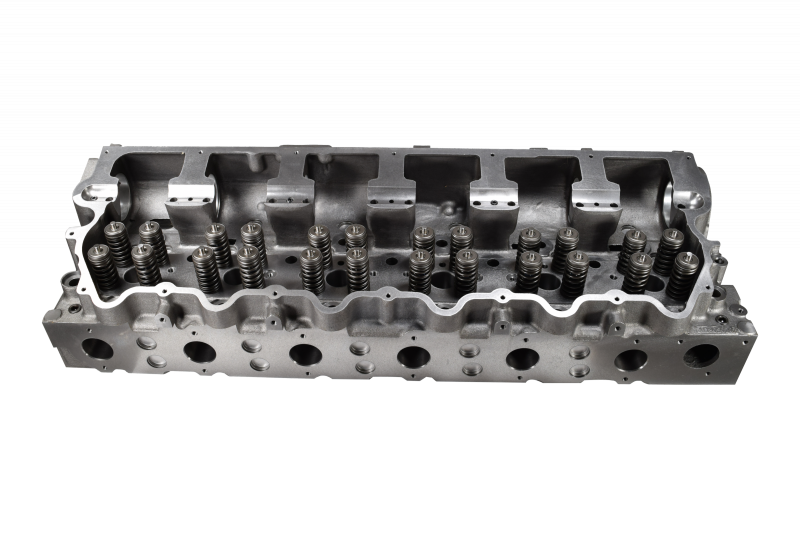 As we've mentioned in a previous post, cylinder head damage is a major issue that can cause problems throughout your engine. It's not just cracks that you have to worry about. Both warped and pitted or corroded heads can cause just as much damage, and can masquerade as issues with your head gasket. Both problems create sealing issues, which lead to leaks and other damage. That's why it's so important to always find the reason your gasket failed. It doesn't usually just happen on its own.

Warping of the cylinder head is caused by conditions similar to cracking, namely overheating. When a head is heated past normal operating temperatures, it expands past its limits. As it cools, the head often will not return to its original size or shape, instead settling into a more bent or distorted form. Repeated too many times and this will cause cracks in the head.

A warped head is dangerous for more than being a precursor to cracks, though. It will eventually cause gasket failure, and depending on the amount or warpage, can allow for leaks. The cylinder head should, at the very least, be reground flat to regain a good seal, but it's likely that it will need to be replaced altogether, especially if the head is quite warped. If it's not addressed, it will continue to damage your head gasket and cause further engine damage. A straight edge and a feeler blade are used to help tell if a cylinder head has warped beyond being usable. Depending on the engine type, some warp is fine, but the range varies. Ideally, the cylinder head will sit flat on the gasket, creating tight seal for combustion.

Similarly, a heavily pitted head will not seal correctly. A severely damaged surface will need to be replaced to maintain a proper seal for combustion. Corrosion can both be caused by cooling system issues, as well as lead to increased problems with the cooling system. The corrosion/pitting can allow for coolant to leak into the cylinders, causing increased engine damage, oil contamination, and leading to more pitting, particularly on the engine block.

If these problems are severe and the seal between the head and gasket is poor, you can end up with even more engine problems. The poor seal will not allow for proper combustion, impacting you engine's performance. Oil and coolant can leak out of the head and the two can mix together, rather than keeping them contained to their proper channels. Oil could also leak into the combustion chamber, affecting efficiency and leading to higher oil consumption.

These issues, since they affect the head gasket so much, can often point to gasket issues alone, but that's rarely the case. If you're having a gasket issue, you're probably experiencing other problems as well. That's why it's important to be able to identify the actual cause of the issue, otherwise you'll continually be spending money on new gaskets while the real issues become worse and worse.

If you're experiencing a warped or pitted cylinder head, it might be time to consider a new one, especially as a machine shop often will not be able to repair a more seriously damaged head.

If you have any questions regarding your cylinder head or how to find the right head for your engine, please contact us! Give our certified techs a call at 844-304-7688. Or you can request a quote online to get the information you want quickly!