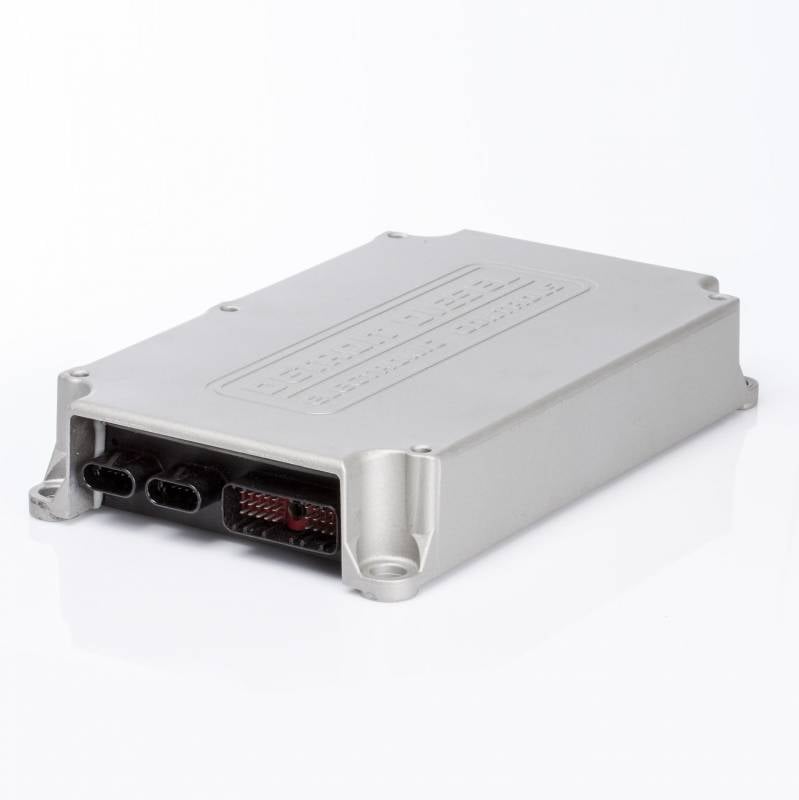 Your engine may run on diesel, but it's probably controlled by electronics (unless of course you run a much older engine). The ECU (electronic control unit) does exactly what it sounds likeit controls the systems in your engine, electronically. The rise of these systems have allowed for better control and monitoring of the failures within your engine, giving you a better idea of the problematic systems without nearly as much troubleshooting. These systems can be hooked up to a computer and technicians can read the failure codes to better identify what's going wrong. They also have allowed for improved engine function and features, like better horsepower and cruise control functionality.

While ECU's have been around for a while in the automotive market, Detroit Diesel is the company that really brought them into the diesel engine market with their Series 60 engines. Debuting in 1986, these engines were the first diesel engines to feature an electronic control system. This innovative system, the Detroit Diesel Electronic Control system, or DDEC, allowed for greater control of injection timing and maintenance monitoring. It also allowed for advancements that helped engines keep up with emission regulations put forth by the EPA.

Just as Detroit released several different engines in its Series 60 line, it came out with multiple versions of the DDEC throughout the years. Various changes were made to the systems, and the different versions came to be known as DDEC I, II, III, IV, V, and so on. Each variation brought with it new changes and engine capabilities, forever changing the way diesel engines run.

Overall, the changes made to the DDEC were meant to either improve engine performance or capacity, with increased horsepower being a common shift between versions, or to better meet new emission standards. Below is a brief overview of the differences between the releases of the DDEC.

The DDEC I, as you know, is the first version of Detroit's ECU. It was a 12 volt system, two box system, with an ECM in the cab and a EDM on the engine. It controlled timing and fuel injection, as well providing better system monitoring. It was, however, quickly replaced by the DDEC II.

This version has similar features to the DDEC I, in that it is a 12 volt system that controls injection and system monitoring. Detroit did, however, make the switch from two boxes to just one. It also came with a cruise control option that made for a more economical engine. The ECM has more functionality and can actuate the solenoids.

With the release of the DDEC III came improved horsepower. The system switched from a 12-volt to a dual-voltage ECM. It has improved adaptability as well. This version is significantly different from its predecessors. It operates via electronic inputs from sensors, which give the ECM the information it needs to control the engine. It has a more precise fuel timing control, using predetermined values. It has better control info and compatibility.

This version operates in a similar way to the DDEC III, but it's release also brought increased horsepower and torque. It came out at the same time as other improvements to the Series 60 line. Some changes were made to IV during its run, so early versions might operate a little differently.

DDEC V and on

More changes have been made to the DDEC systems recently, in order to increase engine efficiency and power, and as is the case with the DDEC VI, to meet new emission standards. These ECUs can be found in the later Series 60 14L applications, before the line was discontinued in 2011.

Despite its initial development for the Series 60, DDEC units are still being used in Detroit's DD line of engines. And Detroit no longer has the the only engines on the market with ECU's. Electronic control is the standard of modern diesel engines.

Need help with your DDEC, or any other component for your Detroit Series 60? Give our certified techs a call at 844-304-7688, orrequest a quote online.