The ISX engine is one of our most popular engines, and we get a lot of questions about them and the changes they've undergone through the years (for more background on the ISX, read our engine spotlight). So we're here to help answer some of the most frequently asked questions!

This video covers some of these topics as well:

What do you need to know when you call?

When you're looking for new parts for your Cummins ISX, there's a few things that will help make sure you're getting the right ones. One of those would be the engine serial number. That's going to help us get you the most accurate parts based on your engine. Pictured below is a data tag, which will give you a lot of information on emissions, as well as your engine serial number: 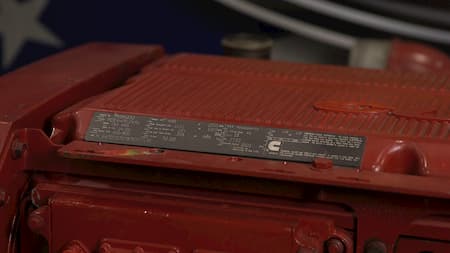 We're also going to get a CPL number, which helps pinpoint exactly which parts are going to work the best for your application. To ensure you're getting the most accurate engine serial number, look for the stamp on the engine block itself. It's located behind the EGR cooler at the rear of the motor on the right hand side.

Cummins has made quite a few different versions of the ISX. You've got non-EGR, which start with the 140 serial numbers. You also have the EGR engine, your CM871, your CM870. Those are going to be dual-cam, high-pressure injection engines. There's also the later engines, the CM2250 and the CM2350. So obviously a lot of changes have happened over the life of this engine!

You can learn more about the changes to the ISX and what makes it different from the N14 in our past post.

Cummins no longer makes the right parts for my engine!

Along with changing this piston type, though, you're also going to have to change a couple of other things, namely the connecting rod. You'll need six connecting rods along with that overhaul kit. The reason you'll need new rods is because the 140 serial number engines, or the ones with two-piece pistons, do not have drilled connecting rods. As you can see in the picture below, there is a drilled hole that feeds from the rod bearing all the way to the wrist pin. 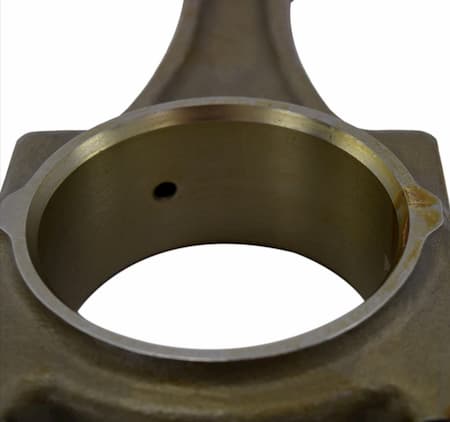 It's very important that you pay attention to these changes when you're updating your engine. But when you get it back together with this updated kit, you're going to be built for longevity!

How do I know which liner I have?

Like everything else about the ISX engine, the liners have gone through a lot of changes. There's groove-top liners, flat-top liners, anti-polish ring liners, 150mm liners, and 152mm liners. We want to get you upgraded to the best liner for your application!

But one of the hardest things for people tell is whether they have a 150 or 152mm liner. Between 2010 and 2013 there was a variation on the liners put in, and it could be 150 or 152. So where do you measure? The image below shows you the best place to measure to know which liners you have in your application: 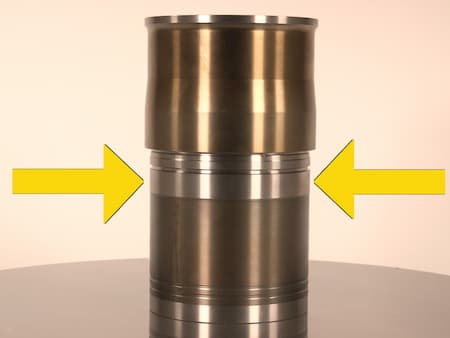 Okay, so you know where to measure. But what's the best way to do it? Well, most of you probably have a caliper in your toolbox. The problem with that, though, is that the legs aren't big enough to go around the liner to get a good measurement. So if you try that, you'll probably struggle to get an accurate measurement.

One of the easiest ways we've found to determine which liners you have in your engine is the color of the o-ringdoes it have a pink o-ring or a blue one? The pink o-ring is always going to the smaller, 150mm liner. The blue o-ring, the 152mm. That's an easy way to tell what liner you've got in your engine.

I haven't had liner shims beforewill they cause problems now?

Sometimes we get customers who worry that installing liners with shims will cause problems. The ISX liners have gone through a lot of different design changes through the years. The early liners didn't have shims, so the liner actually sat on the block itself. What they've found is that the liner would wear into the block and the liner would drop down slightly. So what they tried to do is eliminate that wear on the block by putting a buffer between the block and the liner, so it would take the wear instead. There have been several different types, including a captive shim and a loose shim.

Our liners are going to be the latest design and will give you the best service life. We'll make sure they're just right for your engine.

You don't have to worry about the fit on your engine. When they added the shims, they took a little bit of material off the liner to compensate for the thickness of the shim, so everything is going to fit like it's supposed to.

So what's an anti-polishing ring?

When the ISX went to the EGR, they developed some problems with a lot of carbon getting into the cylinders. (Learn about other common ISX problems here.) So the carbon gets into the cylinders, packs the rings down, and polishes the bores. Because of this, you get into situations where the engine has high oil consumption and it has blow-by. So Cummins came up with the anti-polish ring. 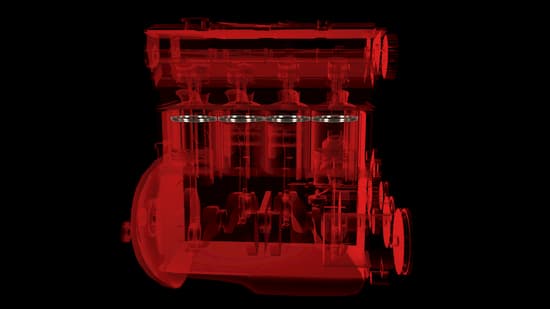 Do I need to know what kind of connecting rod I have?

In short, yes, it's important to know what kind of connecting rod is in your ISX to make sure you get the right bearing size. Cummins has produced both a machine cut and a fractured cut connecting rod, and there's going to be a big difference.

With the machine cut, as you may already know, there's going to be a nice, precise cut right down the middle, as shown in the image below: 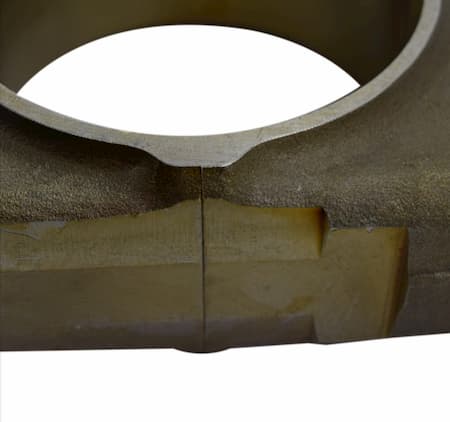 With the fractured cut, though, it's actually broken apart for a nice tight fit when they make this connecting rod. The only difference we're really going to have is when it comes to the bearingsthey're going to be different sizes. Using the wrong bearing with the wrong rods will spell disaster for your engine!

Working on your ISX? We have the tips for rebuilding it!