We've talked about several different causes of diesel engine in recent blog posts, including noise under load, belt noise, and valve train noise. This article focuses in on another time you might hear unwanted noise coming from your diesel engineduring clutch engagement.

Master Diesel Mechanic Mike Schrems talked us through how to diagnose some of the causes of engine noise during clutch engagement. Read on to learn more!

Are you looking for parts to repair your diesel engine? We have certified techs who can help find the right parts for you!

To understand how to diagnose diesel engine noise during clutch engagement, we have to take a look at what that actually is. Clutch engagement describes when the operator of the truck pushes down on the clutch pedal, selects a lower gear, and lets his leg or foot out to get the vehicle rolling.

During that period of time, there is a lot of strain and stress put on the vehicle because you're trying to get something that's in a stopped or still state into a rolling or moving state. It takes a lot of energy for that to happen. Energy, in this particular instance, means horsepower, or the ability to move something. We're talking tons of weight that's starting from a standstill and we're trying to get it into motion. So there's a lot of twisting and bending that's going on during that event. 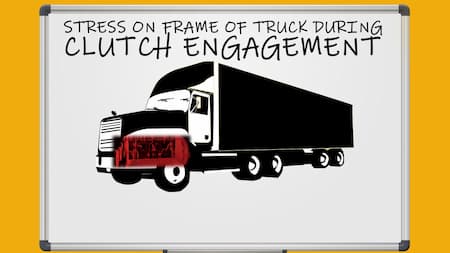 The stress is on the frame rails, because it's trying to support this engine, keep it in position (which is upright and forward), and pull this big, heavy load that is attached to it. Because you have a turning crankshaft, it has an adverse effect on the body of the material that it is turning within. The crankshaft is turning within this block, so as it's rotating, it's wanting to twist the block, too. It wants to move it in a circular motion as well. Since it's fastened to the frame rails, it's trying to twist the whole vehicle to the side.

What are some causes of noise during clutch engagement?

First, let's say you have a broken engine mount. Normally an engine would stay where it's positioned in the frame rail, because that mount is supposed to hold it there. If it's broken, though, the engine will lift up, and it will actually twist in the frame. That causes the engine to hit other parts under the hood, like piping or air cleaners.

So that's what we're talking about when we say "noise during clutch engagement"the only time you'll hear that noise is during the engagement portion of the cycle.

The inspection to diagnose this issue is usually a two-man job. You'll have somebody in the vehicle and the brakes will be set so that you can't move it. Or, if you have a load on, you're out in the parking lot and no one else is around. You'll actually be able to witness the engine turning. There's a limit to how much it can twist. If it twists too much, or if you actually see it lift up and drop back down, then it indicates a broken mount. That's when you'll have it come up and hit your piping or air cleaners. Some of them have even been known to hit the hood and puncture it.

So when you're checking this, you'll see the engine lift up and fall back down again when the vehicle starts moving. If the mount is broken, it's a simple fixjust replace the mount. You're going to want to recheck it, and then you should have satisfied the repair with the replacement. There should not be any noise.

Of course, when you have the hood open, you're not going to necessarily see the engine hit the hood, but you might see it hit the pipe or the air cleaner. And when you do the recheck there should be no noise or no visible extreme movement of the engine. If that's the case, it should be resolved.

If the engine does't lift, the noise might be coming from a different source. You might hear a chirping, clicking, or sometimes knocking. If you do, it might be caused by a leaking gasket.

What can happen is this: a gasket, say for instance between the exhaust manifold and the cylinder head, may have failed, blown out, and exhaust gas under that high pressure of combustion or exhaust will actually come through that failed gasket and make a noise, like somebody sharply whistling. But it could also sound like a tick or a knock. It depends on how it failed and the size of the gasket that has failed. It can really be shrill or it can be a lower noise that is emitted. 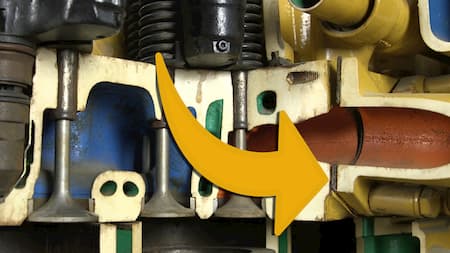 The same thing is true of a head gasket. You can hear a head gasket chirp when it is blown. When the combustion or the exhaust stroke comes about, it'll actually whistle or make a noise as it's exiting where it should be contained. 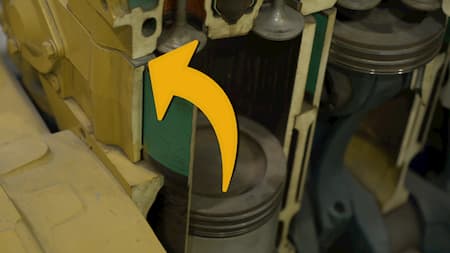 If you notice engine noise during clutch engagement, these are two possible causes. It'll most likely be either the engine mount or a leaking gasket.