We've seen it countless times. Our customer calls in upset about a $7,000 turbocharger that he just had a quote for.

Yet that's the situation more and more people are finding themselves in due to the need for the EGR systems to keep diesel engines in compliance with EPA regulations. These systems may be more environmentally friendly, but they are expensive to fix and seem to fail frequently.

Unfortunately, a customer doesn't really have a lot of choices in the industry, because the variable geometry turbocharger has been a captive product for so long.

So where does that leave us?

Want more info? Andy dives into the details in our video:

Are you in need of a variable geometry turbocharger? Talk to our ASE Certified Technicians!

Why are People So Frustrated with Diesel Engine EGR Systems? 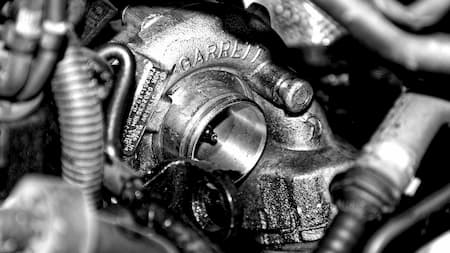 A lot of times, when one part of this system fails, it causes a whole host of other problems. When the variable geometry turbocharger fails, for instance, a lot of times we have downstream failures in the exhaust systemthe DPF filter is damaged, SCR, etc.

Suddenly, you've got a $15,000 failure because the exhaust system isn't performing properly. So we understand why you'd want to pull the whole system off.

But now we're running into problems with people getting fined for pulling them off. So it's getting harder to find a shop that will take your EGR system off your diesel engine, or even work on an engine that's been deleted, because the EPA is fining people and fining repair shops. And rightly so. It's a federal violation to delete.

In the market for an EGR system? We carry a line of PurePower diesel air management systems.

What Can I do to Make My EGR System and VGT Repair More Affordable? 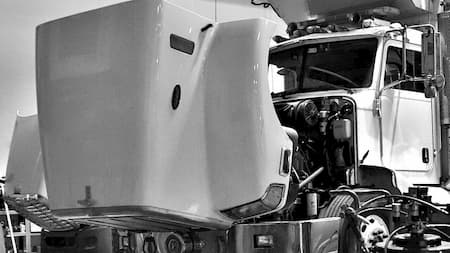 We believe we're to the point that you don't have to risk deleting any more. We now have turbochargers for your diesel engine that are durable. The problems have been resolved in the turbocharger.

Want to know more about VGTs? Read our blog about how variable geometry turbochargers work!

We've been able to do that differently than anybody else has because we have purchased enough turbochargers to find out what fails inside the turbocharger. We have enough cores to make good turbos.

New parts aren't available unless you go back to the OEM. They have patents, and they rightly enforce those patents.

But we have technology that allows us to rebuild their original product to as good, or in most cases better, than they originally were when they were brand new. We want to sell you a solution.

We're going to sell you a turbocharger that we believe is better than everyone else's turbo. You'll get a new actuator rather than a remanufactured one.

We're also going to help you try and find out why the turbocharger failed. A lot of people in the industry are not familiar with what causes a failure, whether it's an EGR cooler, or it's pressure sensors, or it's an EGR valve that's causing the problem. You've got to get to the root problem, not only to fix your issue now, but to help you in the future.

Still concerned about your EGR system? Talk to our ASE Certified Techs! Call us at 844-304-7688. You can also request a quote online!