At some point in time, you're going to run into problems with your diesel engine components. This includes your fuel injectors. Knowing just what caused those problems is key to getting your engine back up and running again.

In this post, we're going to take you through what the testing process looks like and what it can tell you about your injectors.

Want an even closer look at the testing process? Check out our video:

Symptoms of Problems in Your Injectors

You're probably wondering just how you know if you need to bring your injectors in to have them tested. Here are some symptoms you might experience if you're having issues with your common rail injectors:

Curious about what these symptoms could mean for your engine? Read our in-depth look at common rail fuel injector problems. 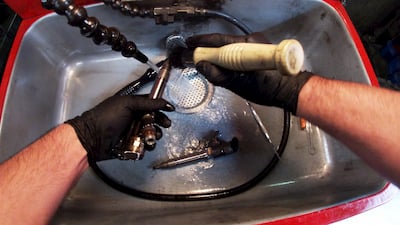 When you bring your injectors in to have them tested, the first thing that should happen is a good cleaning. All the carbon should be removed from the end, and all excess debris should be cleaned from the outside of the injector. 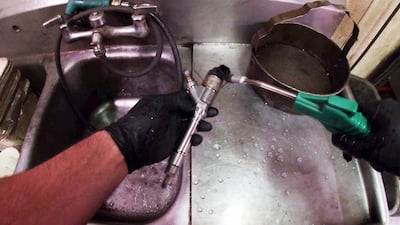 Once they've been cleaned, they go on to the testing room. The injectors pictured are out of an LLY Duramax (Bosch 504 is the reman number). They get set on the testing stand for about an hour. It's an automated testing process, until the final step (step 14). That's when the test results are ready for the customer and you'll need to give approval for any work to be done on your injectors, whether that's replacing them, warranty work, or keeping them going a bit longer. 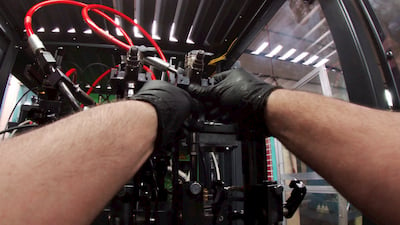 When the injectors are installed in the test stand, they have specific holders they go in. The return clips in, and then the height needs to be set on the nut. Then the inlet line is installed.

After that's done, the date code and serial numbers are entered. The system is set, approved, and then the bench is turned on. It'll be set to automatic. It then does a clean run, which is like priming the system. This is step 2.

Steps 3 and 4 is the leak test. It's where the cylinder drops on the bottom down, and it'll run at 2 different RPMs. This will allow the technician to see if anything drips out of the nozzles of your injectors. If so, it's not good. This is likely why you might see blue smoke when you're idling.

It's also possible that during this part of the test, one of the injectors might just shoot fuel all over the place. If that's the case, you have an injector that's stuck open. If you see this, it's likely caused by the inlet or return being really high. In a situation like that, the test would have to be stopped because it would be just too high.

As we mentioned, diagnosis is key to a successful repair. If you think you're having issues with your common rail fuel injectors, having them tested can let you know exactly what's going on and what the best course of action is.

Want to know what issues warrant replacing your injectors? Read our article on when you should replace your common rail injectors.

Need to replace your common rail fuel injectors? We have ASE Certified Technicians on staff who can help you find what you need! Give us a call at 844-304-7688, or request a quote online!