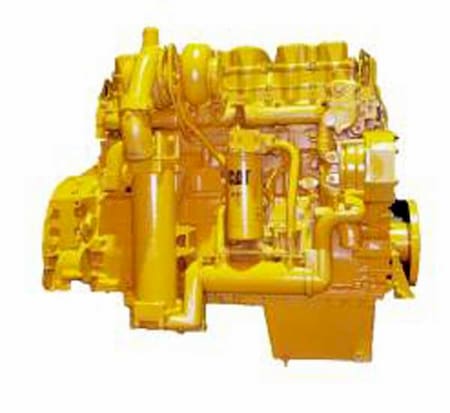 Are you curious about your Caterpillar 3406E diesel engine? Well, we're taking you through this engine in detail, so wonder no more! Read on to learn the history of the engine, as well as some common failures you might experience.

The History of Caterpillar

About a century and a half ago, steam tractors were used as the primary tool in agricultural development. These giant tractors worked great in most areas of the United States, except for way out West. The soft earth out in California wasnt firm enough for the tractors to work on, and they kept sinking. Various work-arounds were made to try and solve this problem, but none were cost-effective or timely. This changed in 1904, when Benjamin Holt came up with the brilliant idea to replace the wheels with a track system. This track system is what gave Caterpillar its name, as the unique way the machines moved was often compared to caterpillars. The product quickly became the hot item for Bens company, the Holt Manufacturing Company.

Holt Manufacturing Company did well, but also had a strong competitor: C. L. Best Tractor. Both companies prospered in the early 1900s because of World War I, but business fell drastically after the war. In 1925, the two giants merged in an effort to solve both of their financial issues. The new company name was based on Ben Holts infamous design, and Caterpillar with a capital C was officially born.

This merger wasnt quite enough to increase finances, however. The first big step in recovery was that Caterpillar began making diesel engines, which debuted in 1931. The second big step was a focus on developing and manufacturing construction equipment. The timing could not have been more perfect, as there was a construction boom after World War II that caused the company enormous success that is still showing.

After Caterpillar completely took over the construction market, the company began branching out in the late part of the 1900s. They began building truck engines for both on- and off-highway applications, and entered the global market. In 2008, upcoming environmental standards caused them to exit the on-highway diesel engine market, which had only ever lead to a small portion of their sales anyway.

What About the Caterpillar 3406E?

Caterpillar first began producing the 3406E in 1993. It was the last the 3406 model engine, with its predecessor being the 3406C. Rumor has it that Caterpillar skipped the D in the series, because their Marketing department pointed out that there were too many negatives that could be associated with the letter D. In the series, the A and B were completely mechanical, and the C was mostly mechanical with an electrically-controlled fuel pump, depending on the year it was produced. The E was the first successful fully electronic motor.

And boy, was it successful. The 3406E was one of the best engines that Caterpillar produced. They have the reliability that older, mechanical engines have, but also have the benefits of being an electrical motor. It also helps that they are a pre-emissions engine, which is preferred by many that drive and work on these heavy duty diesel engines, but is outlawed in the state of California.

The 3406E didnt last until the new millennium, though; its last year of production was 1999. It was replaced by the C15, which was similar in parts and horsepower. You will often see, including on our website, that the same part will fit the 3406E, C15, and C15 ACERT. You should still always be careful when ordering parts, however, and make sure that you get parts with the correct part number. If you want to know more about the differences, read out blog comparing the 3406E, the C15, and the C15 ACERT!

3406Es can be found most often in Peterbilt and Freightliner vehicles.

What are Common Caterpillar 3406E Failures?

In terms of failure, the 3406E is actually pretty good, especially compared to some other Caterpillar engines. However, like all engines, they still had their issues.

In the 3406Es with a 5EK engine serial number, there was a pretty bad and widespread crankshaft breakage problem. Some 5EKs were made from a bad casting, causing the crankshaft to break most commonly at journals 1 and 6. Rather than issue a recall, Caterpillar handled the crankshaft problem as they came up, and has been pretty good about replacing the defective ones when a problem is reported.

The 3406Es are also known to have pretty bad oil leaks, especially from the rear structures and flywheel housing. Part of the problem is that Caterpillar used flimsy gaskets. This was fixed when the engine upgraded to the C15, and seals replaced gaskets, along with a new block design. The 3406Es have holes in the block as an optional way to check oil level, which are stoppered with rubber plugs. After a few years, this rubber will harden, which can cause oil leaks as well.

Theres no denying that Caterpillar did a pretty darn good job with production of the parts for the 3406E (the parts they made, at least). However, when an OEM moves on to produce other engines, aftermarket companies come in to improve on the designs and produce direct replacement parts that fit perfectly in the engine.

The pistons we sell for the 3406E all have forged steel crowns. Forged parts are much stronger and more reliable than cast parts. Forged parts have a uniform grain flow that conforms to the shape of the part, and the directional grain flow adds strength. This strength and reliability is especially important in pistons, as they are the heart of the engine and have intense demands put on them.

Some improvements are less about design and more about product offering. For example, we can sell something we call a pin and roller kit. Pins and rollers are rocker arm components that wear over time. When these components need to be replaced, Caterpillar will sell you a complete rocker arm to replace them. While this is effective, it gets expensive when you have 18 of them in an engine. Pin and roller kits are something only aftermarket companies will sell you for the 3406E and, unless you actually need to replace the entire rocker arm, these two components are all you need when a roller is worn. While they add time to a replacement, they can save you hundreds of dollars.

Want more info on your ESN? Check out our blogs dedicated to Caterpillar Engine Serial Numbers!

Of the products we offer for the 3406E, the ones below are some that are popular with our customers. Please remember that when buying products from HHP, we always require a part number or engine serial number, depending on the product you wish to purchase. The products below may not be the right product for your specific engine.

Caterpillar 3406E/C15/C15 ACERT Cylinder Head, New
P200010
Okay, okay, you have seen this one in our spotlight on the C15 too, but we promise that its worth repeating. This superstar cylinder head fits the 3406E, the C15, and the C15 ACERT. It is our #1 selling product for a reason, and not just because its pretty to look at (although it is, in a way). Its brand-spanking new, so you get the longest possible life out of it. The forged casting also has a secret sauce with more nickel than your standard cylinder head, which adds more strength and durability. The head also comes fully loaded with valves, springs, retainers, keepers, and cam bearings, so you dont have to make any extra purchases.

Caterpillar 3406E Inframe Rebuild Kit
P016482
This is one of our best-selling rebuild kits for the 3406E, and for good reason. The pistons are manufactured using computer controlled machining for the most precise specifications. The piston rings are also designed with an eye to detail, and the oil control ring especially has exact tangential tension to seal the cylinder and collect oil perfectly. The bearings in the kit, both rod and main, are made with a blend of various metals that are perfectly engineered for strength, without being brittle and easily breakable. And all of these components are made in an ISO 9001:2008 certified facility, so you know their production is no joke. As awesome as this kit is, dont assume its the one for you. We will require an engine serial number to match you up with the kit that will properly fit your engine. But dont worry - the rest of our kits are just as awesome.

Caterpillar C15/3406E Turbocharger with Wastegate, New
P126001
Everybody loves a good turbo, right? Well turbos are things everyone will try to sell you, but not everyone can do right. Dont worry, we can. Just like the rebuild kit above, this guy is made in an ISO certified facility, so the quality is guaranteed. It meets all of the exact specifications for Caterpillars original turbocharger (and by that we mean the manufacturer that made that turbocharger for Caterpillar), but it only costs a fraction of the price. If you want to get the same turbo for even less money, we offer a remanufactured version of it too.

Caterpillar 3406E/C15 Fuel Injector, Remanufactured
P016881R
At this point in time, the majority of fuel injectors out there for older engines are remanufactured. And thats not a bad thing. You see, remanufactured injectors are pretty amazing, and most of the parts of them are actually new. This particular injector has a new spill valve actuator assembly, NOP spring, washer, shim, stop, and o-rings. The remanufactured parts of the injector are all cleaned and tested, including the nozzle. And these injectors come from the same place that supplies injectors for several of the big OE companies, so its like youre getting Caterpillar injectors for a really low price.

Caterpillar C15/3406E Camshaft, New
P200426
This particular camshaft is completely new and has been thoroughly tested. It has undergone both synthetic performance tests and durability tests to prove that it will perform perfectly. This baby is made from chilled cast iron and alloy steel, which is definitely how it excelled at those durability tests. A good camshaft like this can enhance your engines power, spool up times, and overall performance, making it one of the most important parts in your engine.

Need help with your Caterpillar engine? Call our ASE Certified Technicians at 844-304-7688, or request a quote online.