Cylinder Head Failure Analysis: Why is My Head Cracked? 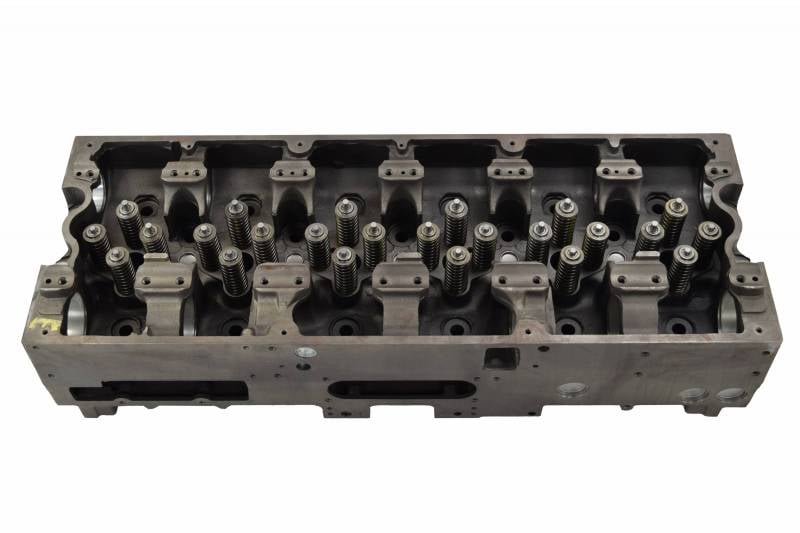 A damaged cylinder head can be devastating to your engine—and your wallet. And sometimes it's not just your cylinder head that has an issue. It can be an indication of larger engine problems. If the damage is not too extreme, there might be a chance to repair the existing head, but, in many cases it will need to be replaced. For more information on rebuilding vs. remanufacturing a head, read our past blog.

One of the most common causes of cylinder head failure is cracking. This will most likely cause you to need a replacement head, because machine shops aren't always able to repair them very well. This causes the cracks to reoccur soon after a rebuild, putting you in the exact same position, but out the money for the initial repair.

Frequently, cracks appear between the valves, one of the weaker spots on the head, but that's not always the case. The operating conditions play a large role in how the damage occurs on the cylinder head.

Causes of a Cracked Cylinder Head

The most common cause of cylinder head cracking is overheating. The rapid heating of the engine causes the head to expand and then contract as the engine cools. This puts a large amount of stress on the cylinder head, leading to cracks. Similarly, stressful operating conditions can lead to cracks, along with other engine problems. This is especially true if you have an engine model where your engine block and cylinder head are made of different materials. A common combination is a cast iron block and aluminum head. The two metals expand and contract at different rates, causing cracks in the lighter aluminum head more quickly.

Keeping your engine from overheating can help, so it's important to keep a close eye on your coolant levels. Small preventative measures like this can really save you a lot of money down the road.

For more information on cylinder head problems and what to look for in a new cylinder head, be sure to check out our buying guide.

A number of issues can arise from a cracked cylinder head. Coolant can enter the cylinders and engine block through the crack. This can contaminate the oil, causing other major engine problems. It could also cause pitting and damage to the engine block. If the coolant enters the cylinder itself, it is often burned off in the exhaust, while damaging the cylinders. If this damage occurs, it's likely that more than just the head and head gasket will need to be replaced to regain a proper seal for combustion and prevent further damage.

Depending on their location, cracks can also cause damage to the valves. This will decrease your engine efficiency, and can also lead to further problems later on.

Cracks in your cylinder head is not something you want to ignore. They obviously aren't going to go away on their own, and more than likely they will lead to further damage on your engine. If you find yourself in need of a new cylinder head, we offer a large selection of both new and remanufactured heads.

Our certified techs would be more than happy to help you find the right cylinder head for your engine, or any of your other diesel engine needs. Request a quote online or give us a call at 844-304-7688 and let us help you!